Cavoli on the Island of Elba

In most of the world the noun “cabbage” refers to a variety of vegetable, but here on Elba Island “Cavoli” or cabbage, refers to a well-known beach. And this is not an ordinary beach, but a near-perfect crescent of sand which is derived from the natural granite in the area. It is perfectly exposed to the south and in summer constantly crowded.

A wonderful off season
Unlike other beaches which are also very popular, the beach of Cavoli is known on the island where you can jump into the water at a comfortable temperature even out of season. It is also very popular with the residents of the area on sunny winter days. If you want a beach well exposed to the sun, or one with shallow waters enclosed by a well-protected bay, Cavoli is the beach is the beach for you and even for people who dislike crowded places, and you should take into consideration that you can swim there before June and also after the middle of September. 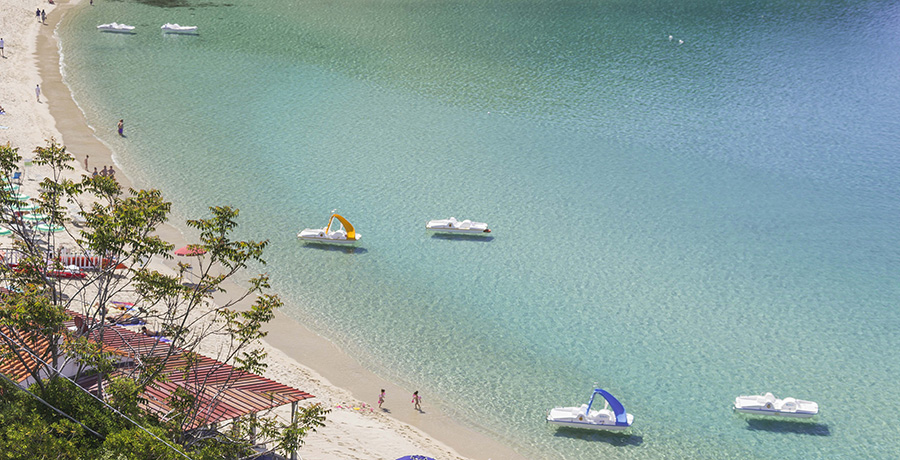 The virtue of patience
During the three-month high season, going to Cavoli means a test of patience with the parking situation. It is useless to count on a few free parking spaces that the willing administration has created along the road or on the public parking behind the beach. It is much more likely that you will find a spot on the road where the parking is prohibited and therefore subject to a fine; but they also say that €10 will usually find a place in small privately owned car parks! Lets say that luck was with you and the car is parked, now you’ll only have to conquer living space with your towel. Guests can rent chairs and an umbrella on the beach or try the area which is free. 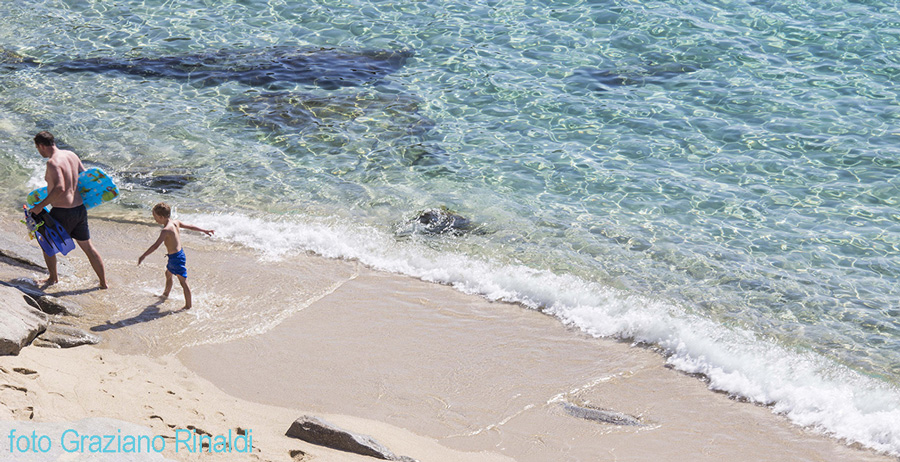 Good luck
Looking at the sea, on the left the beach is enlivened by a group of large granite boulders, the obvious beauty of the place, however, results in an extraordinary density of Homo sapiens that not everyone will like. The right half of the beach continues in one long line, partly occupied by bathing establishments, but there is a great deal of beach that is free. If you have followed me this far you may have guessed that I’m speaking about summer, at this time you can try to take refuge on the rocks of granite at both ends of the bay which offer a delightful escape from the multitude of humans, and although this doesn’t guarantee sublime isolation, but it is worth considering.But if you really want to enjoy the beach of Cavoli, you should come before June 1 and after mid-September. Don’t expect to find it deserted, but a swim in the most transparent turquoise sea on the Island of Elba will be a cure for all ills. Then there is the wonderfully blue clear sea depths with its coarse crystalline sand that covers the beach too, the mildest water temperature that you can find anywhere and the great visibility that the shallow water gives, so you won’t be bothered about the parking difficulties or the fact that a sandwich costs more than any other place on the island. 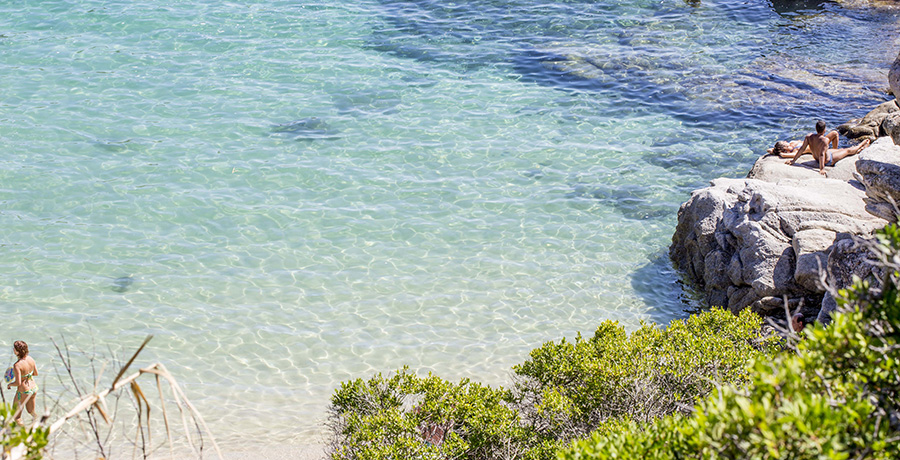 Not only sand
If you love to swim, do not hesitate going to the small beach of Seccheto on the right or along the beautiful, high cliffs on the left, where the sea bed is spectacular; but if you stay on the beach be sure to enjoy the mountain in the sea right in front of you. This is the enigmatic island of Montecristo, and also look for the unusual flat strip of land on the horizon that ends in a big cube which is the island of Pianosa. I consider this small body of water as a blessing from God that allows those who love to swim freely, without a wetsuit, to do so in late autumn, and in the middle of spring, when the water is still cold from the winter storms, and to do so in a blaze of light and surrounded by a delightful natural environment.
Finally, if you are a good observer, you are bound to see some round engravings on the rocks which are what remains of the ancient granite processing, extracted in mighty blocks a few hundred meters higher above the beach. They were then loaded on cargo ships right on the beach first by the Romans, and then the Pisans a thousand years later. This is confirmed by a column displayed in the public parking area on the beach, a younger sister to the great artifacts shown in the pantheon of Rome and in the cathedral of Pisa.