There is a big gulf in the north of the island that has smaller creeks enclosed within it. As if it were possible to contain all the island’s beauty in a single line of coast, the long sandy beach of Biodola, interrupted by a few feet of low rocks easily crossed on foot, rises in a final sandy stretch to the beach of Scaglieri. At that point it seems the beach ends, but if you swim out for a hundred meters along the rocks, in a sheltered  and verdant spot you will discover the ultimate jewel of the largest bay on the island of Elba: Forno beach.

A great history and an enchanting environment

The Gulf of Procchio covers a large area of water that goes from Marciana Marina to the Peninsula of Enfola. You can clearly see the Gulf on Google Maps, and it is not just a matter of its morphology, but also because of some curious geological past events that sooner or later you see in a place like this. The scenic beauty is currently used for tourism purposes with equally interesting pastimes from before, such as the tuna fishing that was profitly done here; so much so that the Gulf was equipped at both ends with traps, one at Enfola, now the Tuscan Archipelago National Park Headquarters and the other near Marciana Marina, now refitted as private homes. 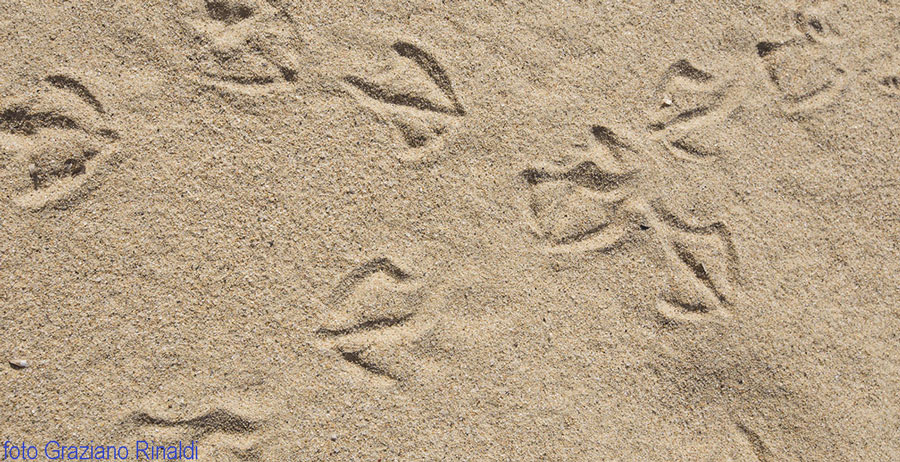 Following the schools of tuna circled various other predators (as tuna in their turn are fast predators) that Elban fishermen generically called  “bottom dregs”, mostly blue shark, certainly less formidable for the tuna than the old fishermen who, as evidenced by photos and films of the time, caused a nearly biblical and rather gory massacre of the large marine animals in transit. In fact, between the island of Capraia and Elba there must have been a very rich sea life from what you see and read in the old documents, the natural heart of which was this great Elban gulf. The small beach of Forno is the aesthetic epicenter of this area. I like imagining it half a century ago, when the few buildings to house the boats were built just on the edge of the beach. Today, every square meter has become a small apartment to rent in the summer, and behind the line of the beach, between the sea and the wooded hills, and on the gently sloping coast, single family houses and holiday apartments clearly prevail over the houses of the very few residents. 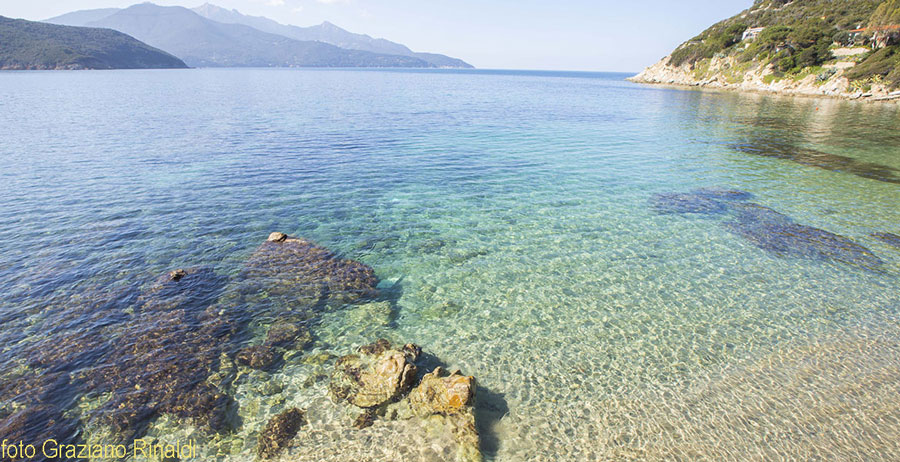 A little effort for a great wellness

During the summer, in just over 200 meters of beach, there is a concentration of swimmers that is a surprise from different points of view. First of all you have to say there is a “natural selection” of people at the beach due to the absence of parking. Already, between residents and tourists who rent apartments on site in the summer, the space is what it is:  very short and very precious; therefore, almost nothing remains for others, so two wheels are recommended! Despite the difficulty of parking and dense human presence during the high season, I must say that going for a swim at Forno Beach remains an experience of great value for those who can’t stand the crowds. To occasional visitors, Forno must give the impression of a beach-lounge, as more or less everyone knows everyone else, the tourists are regulars and this rule extends both to the beach and the sea. The summer afternoon sun is especially generous with this beach, which is why it’s called Forno (Oven): there must be some reason! The light cutting across from the sun setting at right angles to the beach is sublime. Like the landscape,  prices of apartments in Forno are also of a high level, yet it is one of the most requested places where tourists love to go back. 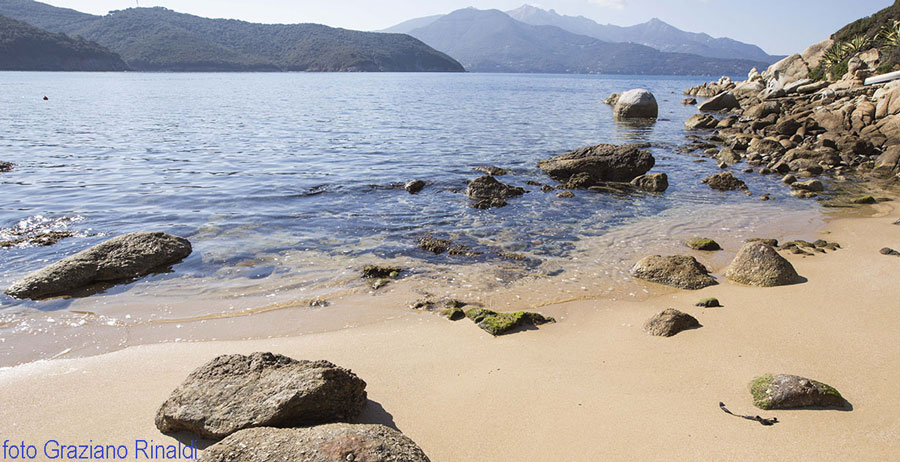 Summer or winter? When at its best?

A tip for swimming: facing the sea and on the right, after a few minutes of swimming, there is a cliff that I personally would elevate to a natural monument; at one point in particular it opens up to a kind of natural pool with granite outcrops on which stand its inhabitants, the Royal gulls, and you can swim around and enjoy a wonderful solitude just 10 minutes of swimming from the beach.

Forno is like Cavoli, Fetovaia and other small sandy coves of the Island of Elba–precious and exclusive places, and unless you have rented an
apartment so that you can get there on foot, it must be said that in July and August there is some difficulty in otherwise arriving, as it’s among the most crowded  and with few cars places; but if I were to give advice, while hating the crush, I would say that at least once it is nonetheless worth the effort. Of course, being on the northern coast, remember that with southerly winds the wonder of the Gulf of Procchio gives the best of itself. In the photo gallery I have included photos of the beach in winter and in summer, and you can clearly see how the same place changes cyclically from one situation to another, opposite and complementary.