7 May 2015 - Posted in Information | Tagged island of Pianosa

Whenever landing at Pianosa, I always have the same sensations, that of amazement and a certain irritation. Straight on the ferry, with the contact with the open sea and the monumental cliffs which catapult me into a far away dimension, alongside foreign holidaymakers getting into the rhythm of their holiday, all at the point of departure in Marina di Campo: forty-five minutes by boat seems enough to prepare ones mind for this surreal experience.
The ferry does not land right in the old port of Pianosa , it’s much too beautiful and refined, but lands a few metres further west near a concrete pier and iron with no claim to aesthetics. 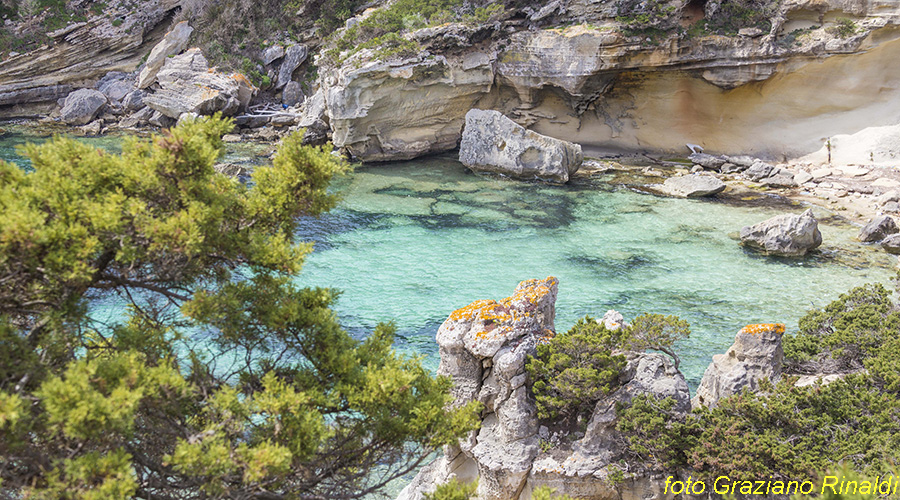 You just have time to set foot on land then you immediately feel that you have arrived in a non existent place that had been hastily evacuated just a few days earlier. In fact, the port itself and the buildings of the town are very dilapidated and almost totally uninhabited, now there are only the few inmates of the prison who have earned a late penalty and can live in this town thanks to their irreproachable conduct, alongside a few prison guards who are more companions than overseers. With the introduction of the Tuscan Archipelago National Park, some residents also are the forest guards who take turns on the island. In summer, some other residents are people who have retained their property there for a long time, and spend some nostalgic holidays.
Although the buildings around the harbour are shabby and partly crumbling, they retain a fairytale presence and you think, is it really necessary to restore them?
And so an unanswered question presents itself: can a place as beautiful as this be left in total abandonment?
Visit the island and discover the ancient history: the Christian catacombs, the remains of a Roman imperial villa, plundering pirates, stories of saints and brigands, the remains of a small community founded in the second half of the nineteenth century and around the jail there remain in evidence ambitions of some autarkic directors. If you are passionate about prehistory and palaeontology, there’s something for you too. More often though, the visitors to Pianosa are interested in the extraordinary colours of the sea and seabed which are among the richest life of the Mediterranean. Along with the steep cliffs decimated by the storm surges and interspersed with tiny beaches of fine white sand.
In every case, you will be satisfied!
After just a few hours immersed in the scents and the charm of Pianosa, the disturbing question that I posed earlier, usually resolves itself.! 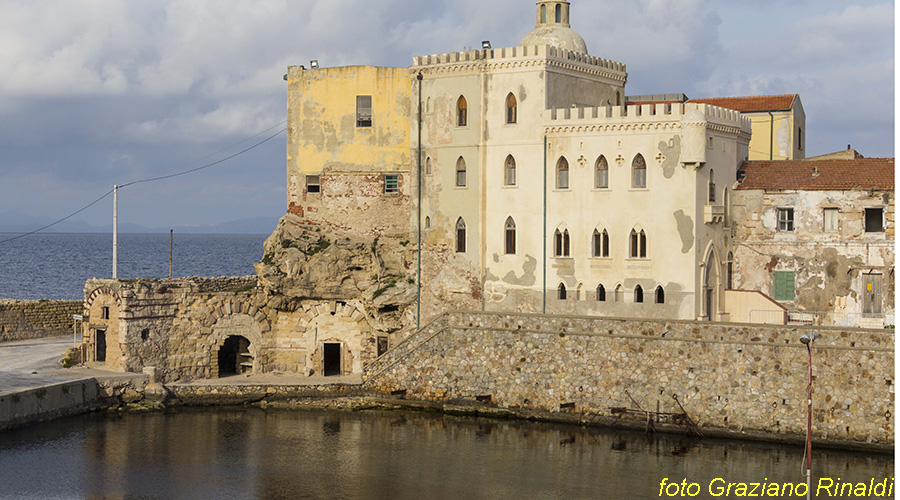 Given the abandonment and degradation faced by this wonderful island today , we should consider 1968, when, already a prison for a century, the small community of civilian residents who had settled there experiencing the lean economy of the prison, was hastily evacuated. A few people left behind made up the human nucleus that ensured the historical continuity of the island, but the transformation of the prison into a maximum security prison where terrorists and mafia and killers were locked up, was almost exactly like the prison some centuries previously when it was constantly invaded by pirates..
You’ll hear from those who visit Pianosa repeatedly say that the many interested administrations: the council of Campo nell ‘Elba, State Property State, Prison Administration, National Park, Region and certainly many others that we humans can not even imagine, don’t have the resources to clean up and restore the island. That’s just a part of the truth. My personal certainty is that there is a feasible project for the revival of this island, its just that there are too many responsible areas and too many authorities who share the decisions of the uncertain fate of the island, and it is their chronic inability to decide, which is a terrible shame that keeps this island as a prisoner of itself. 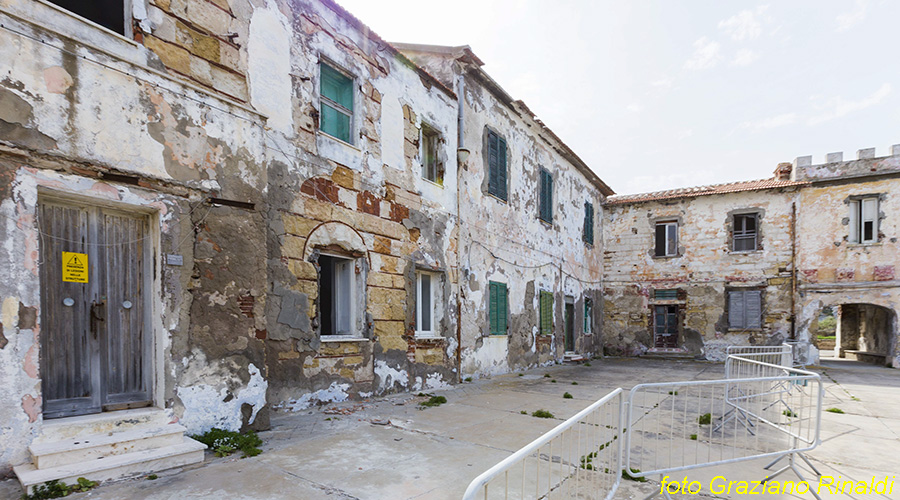 The paradox of Pianosa

Yet walking along the many paths, all of course flat, among the infinite variety of Mediterranean plants, you can breathe in a delicate sweetness and a sense of freedom that mysteriously goes with the discreet presence of the detainees, who are well mannered and always available to help. We may understand that if there was an intelligent communal will; selfless and determined, it would not be so difficult to break the deadlock and this platform of ancient seabed fossil, that emerged from the sea a few million years ago, could find itself more splendid and brighter than ever.
In fact, the catacombs and the imperial villa don’t really represent the painful exile or the prison buildings, or the huge wall built by General Dalla Chiesa during the difficult years; in fact they are useless ineffective witnesses and demonstrate the impossibility to separate the bad from the good.
The fact here, is that light and shadow fade gently into nature that seems to blend all the thousands of years of human development, just like the countless shells of fossil which make up the backbone of the island.
Pianosa appears today as an allegory of an ancient culture that endures despite the ravages of time and the hypocrisy of men and looks set to keep the seeds of greatness despite of all evidence to the contrary.
Graziano Rinaldi