Out of the way, but rather beautiful

On some parts of this beach you seem to be on the shores of a large lake as in some places the open sea isn’t visible, it’s like a magnificent natural amphitheatre of dense green hills which span out towards the east in the plain of “Prade”, one of the coastal wetlands of the island, while to the north land and sea meet under the dark cliffs topped by the elegant eighteenth-century lighthouse of Portoferraio. At the centre of this picture, in a perspective that from here looks unusual and remote,  is the mountain of Elba, 1,119 meters above sea level, highlighted by the outlines  of the lower hills that come between the sea and Mount Capanne. On clear days, when the sun sets in the same direction as the mountain, the contours of the hills are sculpted like a neo-romantic scenery.

But even with these good signs, Ottonella beach is an uncomfortable place, with very little sand and many stones. Despite the presence of a 5 star luxury hotel with a lot of artificial sand, this beach is not an attractive place for swimming, even given the landscape  where it is situated, in my view almost any other beach is much more viable. Even a superficial eye can not escape the fact of an exuberance of non Mediterranean plants, where tall eucalyptus trees tower above the pines and palms from the Canary Islands. Were it not for the unique light of the Mediterranean, seen from the north of Ottonella,  it would seem like the wild coast of an Atlantic country. 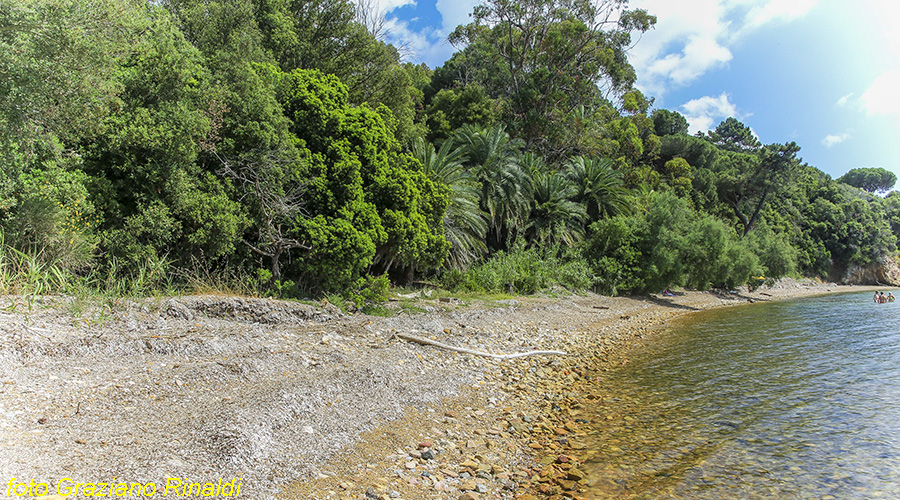 Behind the beach there are the remains of what was one of the first Italian gardens. It was first cultivated at the time when the great naturalist explorers of the nineteenth century,  who were among the upper classes of the time, were finding a taste for the exotic and for collecting.
Plants from warmer climates, where it never freezes, needed to be planted in areas with a special microclimate. In Italy there were many locations chosen for the  mild climate and the mirror effect of the sea. Among these was a property of Giorgio Roster, a  Florentine scientist and photographer who, in 1875 bought this land on the island of Elba to spend his summer periods. Giorgio Roster meticulously documented the states of growth and cold tolerance of its exotic plants in articles and photographs , unlike his friend from Trentino, Giuseppe Garbari, who in turn bought a large plot of land just behind Ottonella, turning it into a much larger garden of acclimatization with spectacular palm trees from around the world that developed around a villa, called  “Villa Le Palme” and that today is one of the most beautiful campsite settings on all of Elba.

Belle Époque on the Island of Elba

The imposing building on the sea which is now part of the physiognomy of the Gulf, was built around 1875 by the Count Toscanelli, also a friend of Roster, who wanted to erect a beautiful manor house for his grandson, suffering from tuberculosis. The sea air and the weather improved the vitality of the young aristocrat, so much so that he was offered the post of mayor, which was refused on grounds of ill health that led the poor boy to his death before his 25th birthday. To make the air as healthy as possible, eucalyptus trees were planted. They were truly monumental, and today, the gardeners believe them to be the oldest in Europe. After several changes of ownership, the eucalyptus trees and building were purchased by a Russian company and made into a into a prestigious 5 star hotel. 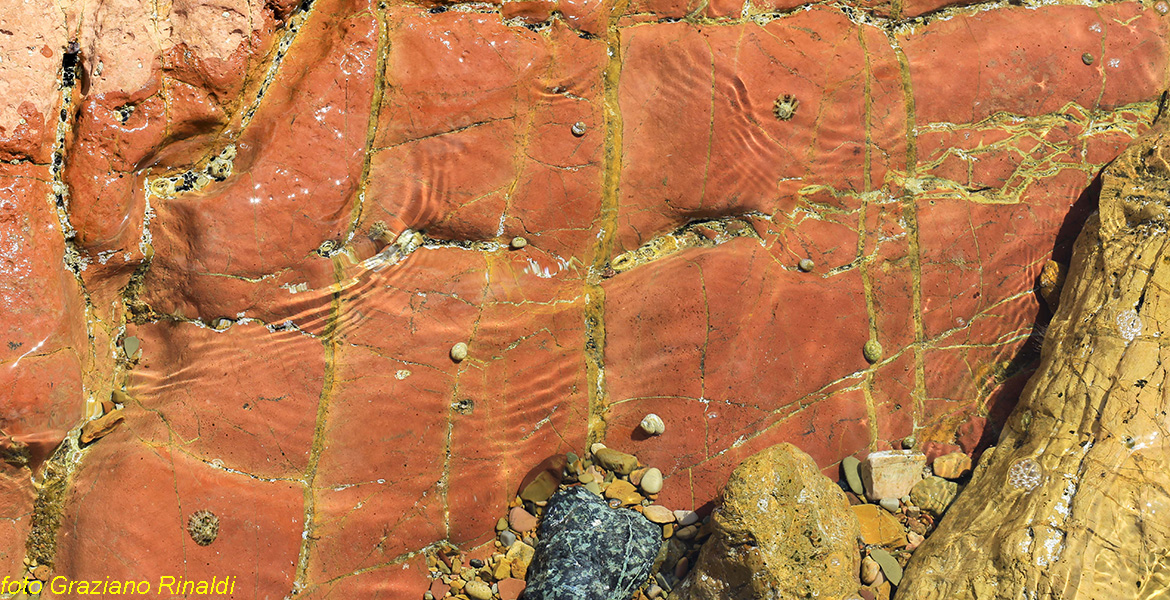 There is another feature of this delightful bay that deserves to be remembered and one that will not escape you. If you don’t stop on the first part of the beach, the  Ghiaieto, to be tempted by the coolness of the sea the tamarisk trees and the soft carpet of  Posidonia, but continue to the east, crossing a easy ford formed by some rocks that have slipped into the sea, you can enter a world of pink limestone, powerful sedimentary rock layers, often vertical and this is the environment in this second part of the bay. The warm colours of the cliff, and the unexpected solitude of the place (not always!), make it relaxing. The beautiful Cosmopolis (Portoferraio) lies just across the bay and the hills  fade into the background of Monte Capanne, creating a very special aesthetic effect. If you visit the  cobbled streets of the sixteenth century Portoferraio, you will see these rocks again as they are constructed with the same material. 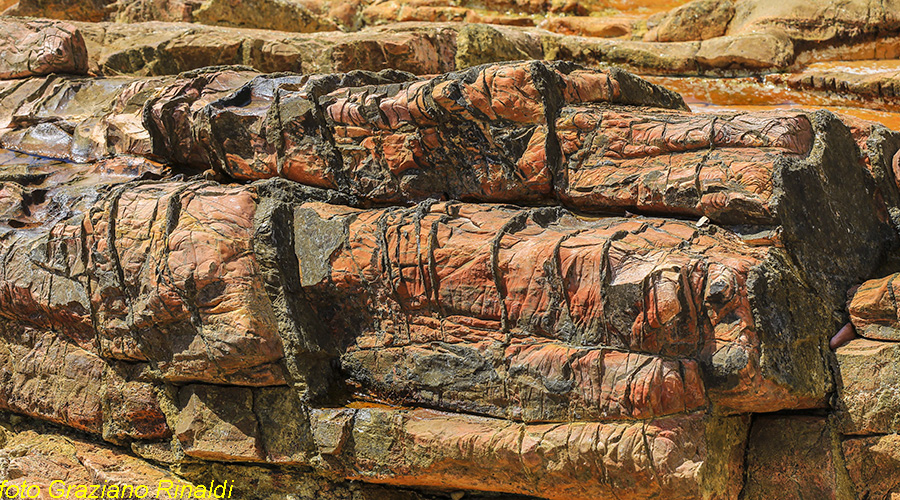 If you only have a short stop here or stay for a while, my advice is to swim in this beautiful bay, because the sea bed is full of the  thick grassy plants of Posidonia, especially along the coast, which, together with the uniqueness of the limestone cliff with it’s many ravines and creeks, determine a particular richness of life, so much so that at the entrance of one of the two paths will find a well organized diving company which also runs a tiny bar with canoe rental.