Rio Marina: by the sea but rather less charming

You may or may not like it, but Rio Marina amongst all the other towns on Elba is about the only one that has retained its original features. In the last few decades of the island’s tourist economy the various town councils have done everything they can to tame the waterfront for the visitors, making it more harmonious and conventional, plastering over old miners homes to make them look newer and restoring or dressing up others , but the flesh and blood of countless generations of miners, seem not to want to succumb to contemporary ideas.

Every step in Rio Mariana shouts of mines and miners:the brilliant polished hematite rocks burnished by the god Vulcan, the beaches of black ferrous sand, old walls with shimmering micro crystals, the chatter of the villagers, the narrow streets of the old quarter. This includes the desires of young people who have been born into a geological and mineralogical location unique in the world, and are tied into its history, but are engaged in efforts to create a more generous world than that which touched their ancestors. More than in any other part of the island, the work was heavy but the economy thriving, the industrial modernity on the island had its roots in the black powder of hematite, goods traded with  the continent, the culture and humanity, was transported mainly from Rio Marina. Not only miners, but also men of the sea with their boats that ferried the heavy and dark material, the same material that twenty-five hundred years ago was transported by the Etruscans to neighbouring Populonia. Some of it was worked on site, consumed in their furnaces using the  holm oak trees that covered much of the island. 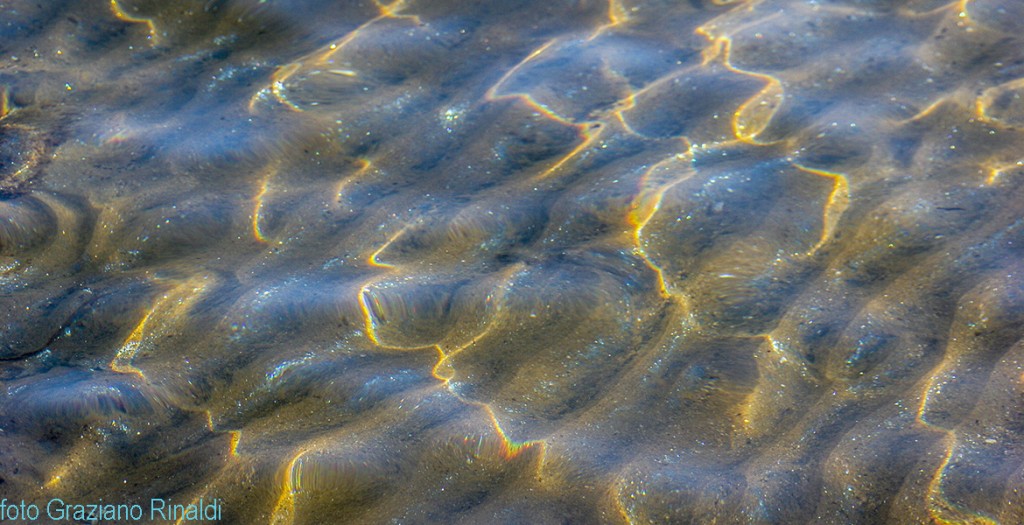 However even before this aristocratic, trading society lived here, the oldest archaeological finds in the area testify to a stable presence of another civilization, natives of Asia that four thousand years ago mined and worked not iron, but copper!
But more about that in another post.
So it almost goes without saying that half a century of a “new” tourist economy, can not supplant a firm tradition with roots so gigantic and profound as those of the land of Rio. My opinion is, that to appreciate a landscape like this you have to get out of the cliché of the traditional seaside holiday, sometimes trivially represented by a beautiful white sandy beach and crystal clear sea. Not that the territory of Rio lacks beautiful beaches and a marvellous transparent sea but this is not its essential qualities. Its essence is earthy and magnetic, not clear and soft like water, but black and heavy as iron, not ethereal as the sea breeze, but red like fire.

Still, if you can throw off the tourist stereotype and look through the eyes of the traveller, just for the few hours or  few days you decide to stay in this extraordinary town, you should eat in its excellent restaurants, get lost in the colourful beauty of this land, be surprised at its surreal beaches and remain astonished at the silence of the old abandoned mines, then Elba will enter in the innermost part of your heart, and maybe you will be thrilled to find some detail that is even unknown. Saying all that, be sure to visit the museum of mining and minerals, the  Mining Park, an institution that has been built on the passion and the work of some local young people who, with the tenacity of their ancestors and, despite the bombastic institutional carelessness so typically Italian, keep alive a job and a hope. With them you can explore the old mining sites and legally bring home a piece of hematite and pyrite that you will find during the trip. Walk around and do not hesitate to lie down in the sun on the black beaches to the north of the town, they are wonderful! If you want to treat yourself to a “normal” beach, go to the south, where a series of small coves dug out of the multicoloured majestic cliffs, are surrounded by beautiful Mediterranean vegetation with spectacular backdrops and even for enthusiasts, some snorkelling.

Elba beyond the conventional

I’m not making any apology for Rio Marina but even today, after more than thirty-five years of living life on this island, the writer is still acutely aware of the miseries and existential heaviness that for centuries has weighed down this town, where even the children worked as miners, and I imagine that happened  in the Etruscan and Roman mines too, where slaves and prisoners worked. This has been one of the most painful of work activities since the dawning of human history. Therefore I don’t tear my hair out if a costly and totally unnecessary amphitheatre, deserted 364 days a year, was built on one of the most interesting hematite deposits in the world, and doesn’t even represent or give value to an institution that enhanced and empowered the land, but for some unknown reason something mediocre was constructed in its striking position.

Rio Marina will win a place in this new world with great difficulty as it always has, but my certainty about it comes from the knowledge of its great and unique arcane nature.