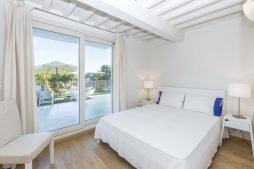 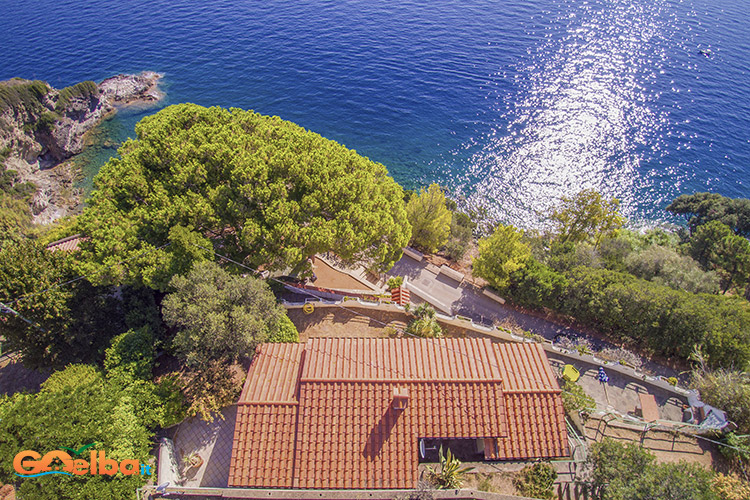 Rio Marina
2 Bedrooms 1 Bathroom - 4 people
A single family unit right by the sea with lots of outdoor space and spectacular views, close to uncrowded beaches and a quaint seaside village. 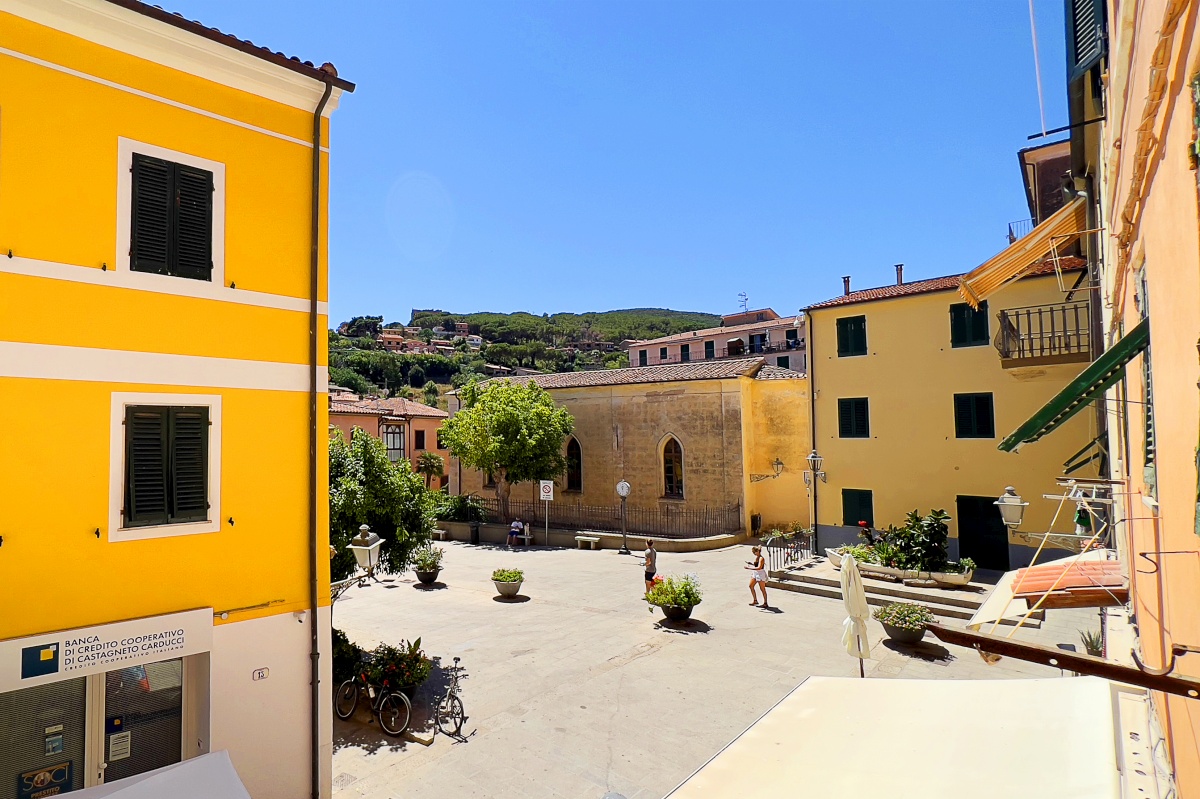 Rio Marina
4 Beds - 2 room 1 bathroom
Nice three-room apartment for 4 people with a splendid terrace overlooking the sea, in a unique location within the Residence with use of swimming pools, and beach for the exclusive use of residents 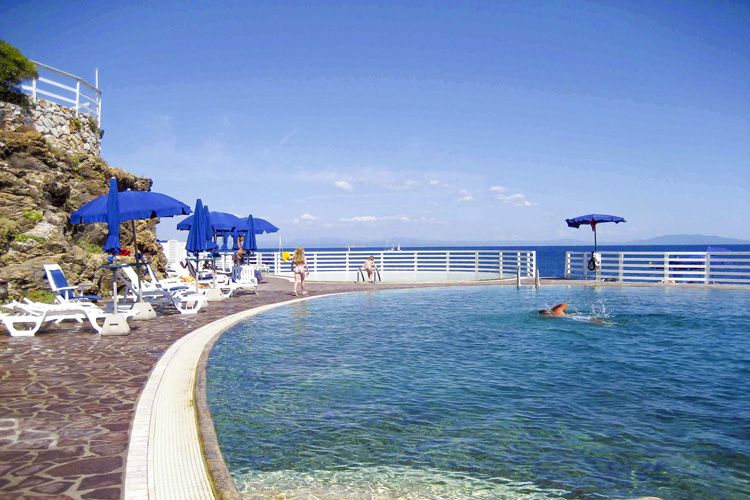 Rio Marina
2 Bedrooms 1 Bathroom - 4/6 People
Blessed with fresh- and saltwater swimming pools and with an ideal location close to the beach and just 4 kms away from Porto Azzurro. 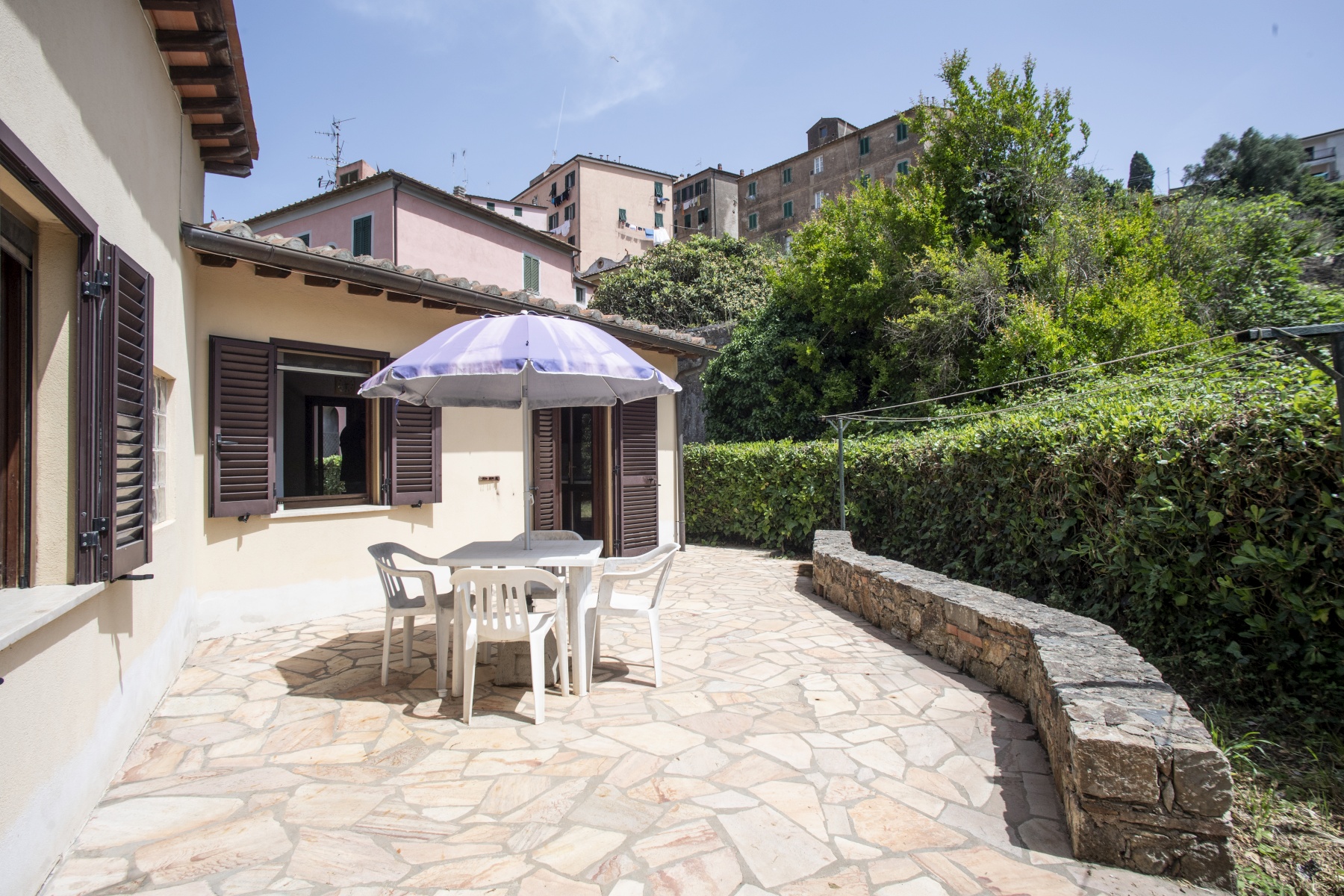 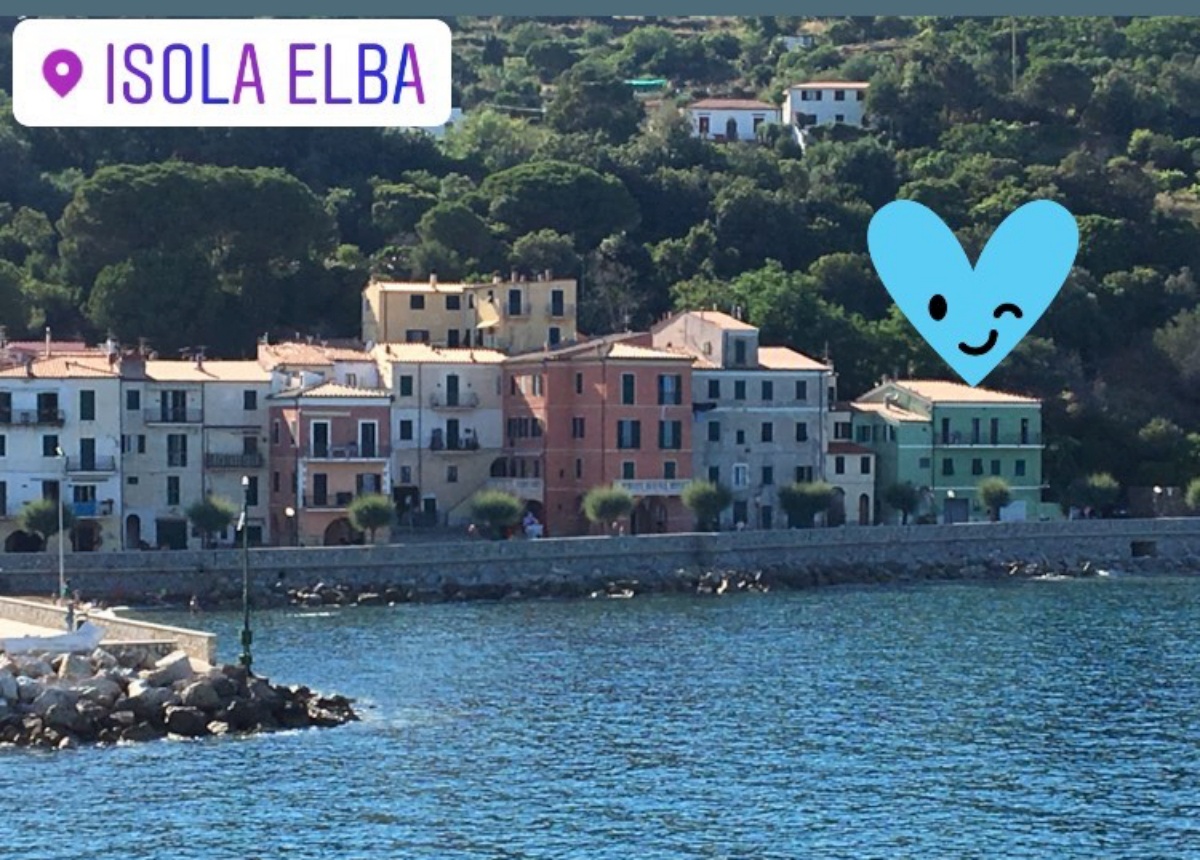 Rio Marina
Wonderful Residence on the Sea, 50 meters from the sea, consisting of 4 apartments, 3 of which with sea view, in the characteristic village of Pescatori di Rio Marina 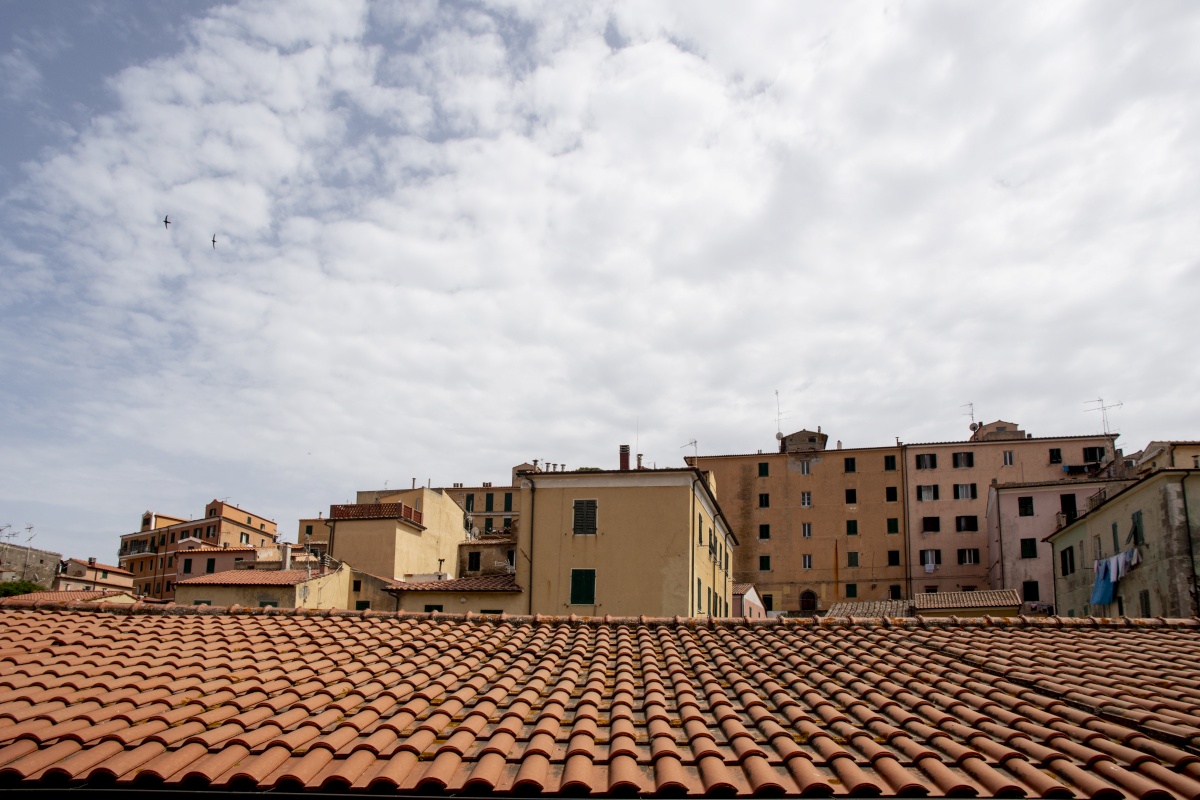 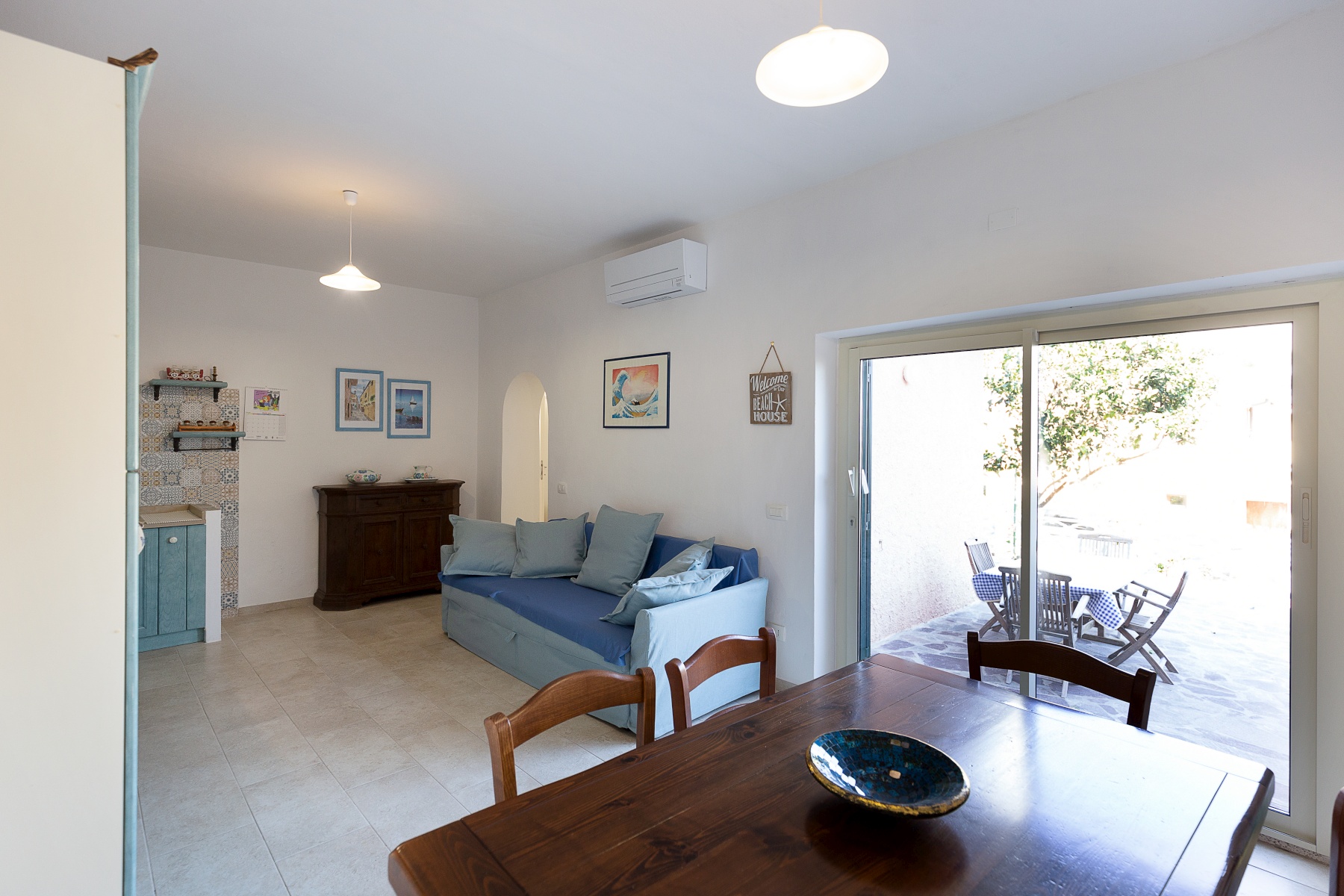 A Casa di Greta a Cavo 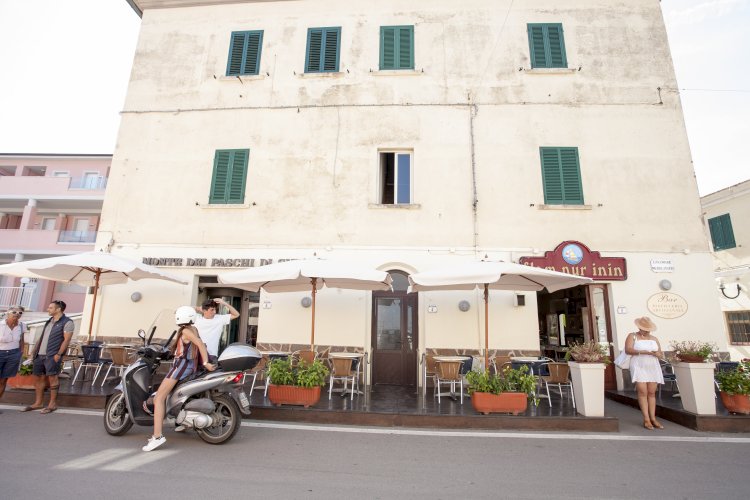 Rio Marina
1 room 1 bathroom - 2/4 beds
Two apartments, on the seafront of Cavo, a small fraction of the municipality of Rio Marina a stone's throw from all services 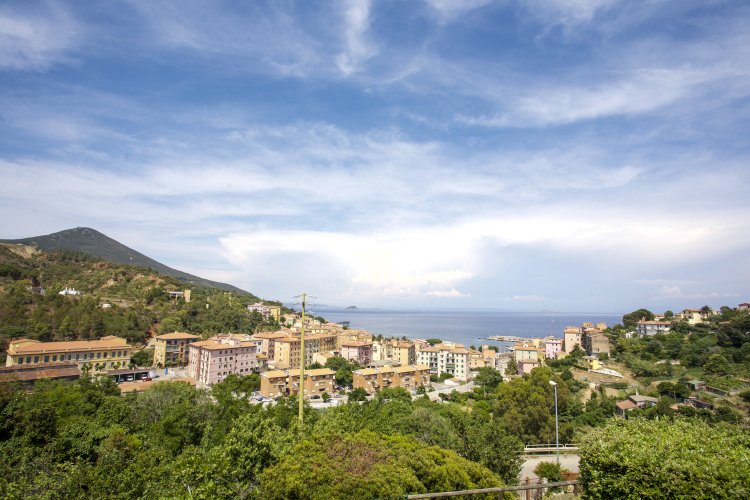 Rio Marina
5 Bedrooms 3 Bathroom - 14 beds total
A two-room and 2 three-rooms apartment close to all services and just one kilometer from the sea, with a panoramic view of Rio Marina

Rio Marina
2/3 beds - 1 room 1 bathroom
Apartment in the heart of Rio Marina, a few meters from the sea, perfect for those looking for a peaceful holiday, without moving the car 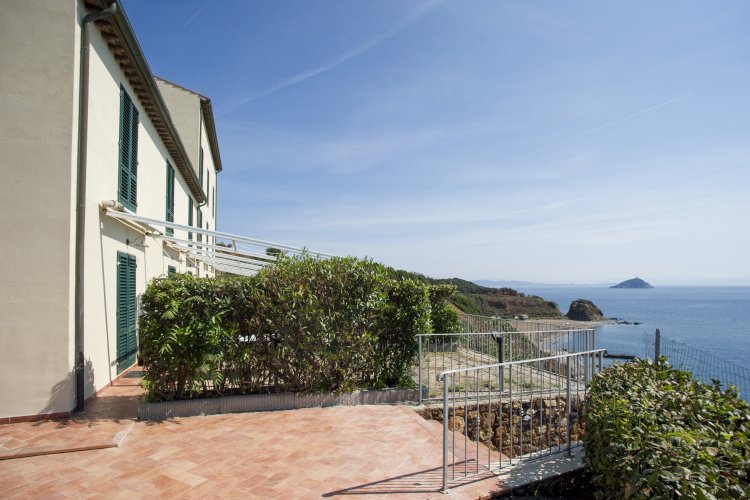 Rio Marina
The property is located in a panoramic and quiet seaside location, surrounded by the green and blue of the sea it overlooks, on the eastern side of the island. 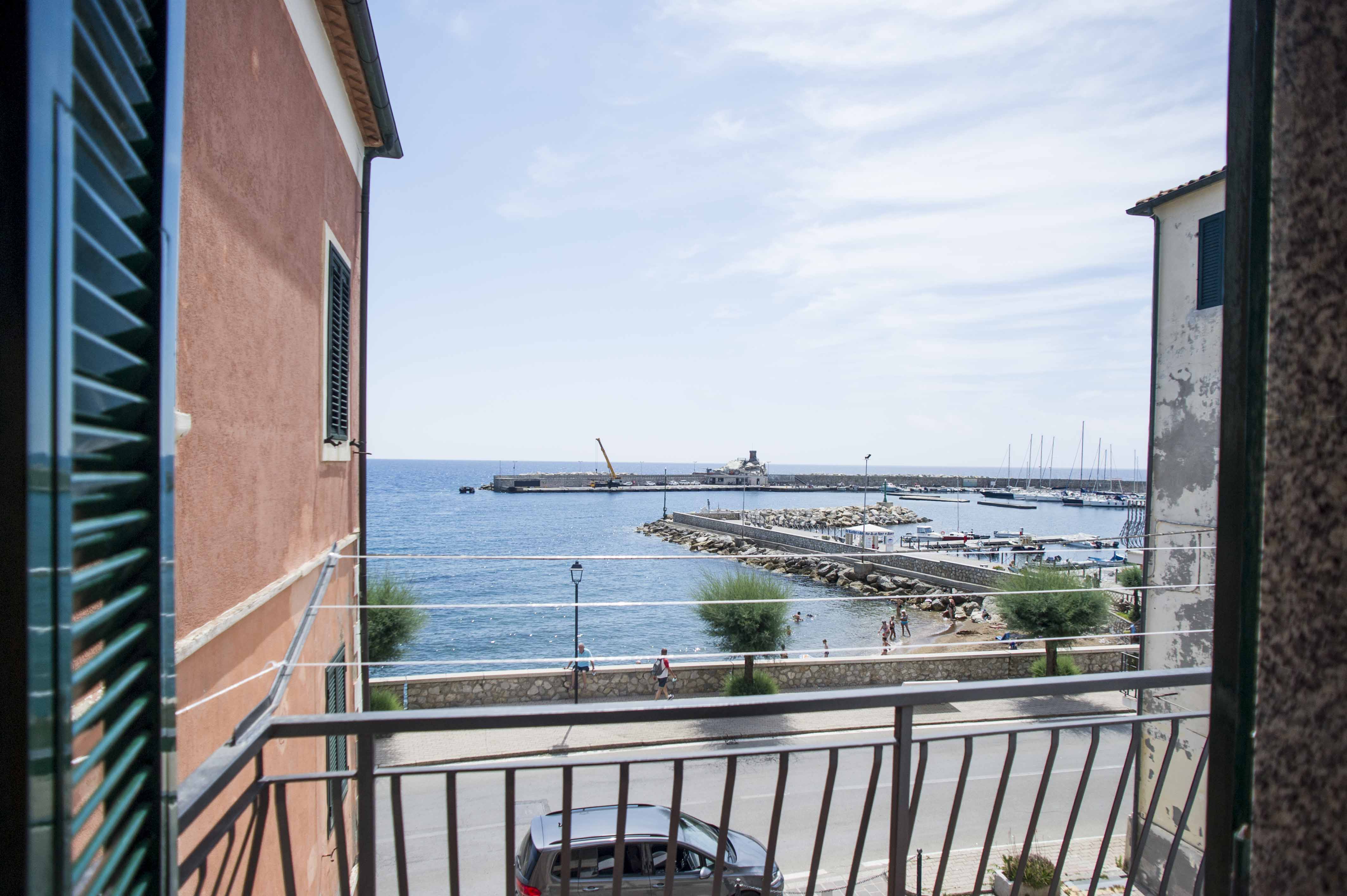 Rio Marina
2 bedroom 1 bathroom - 5 beds
Delightful three-room apartment on the Rio Marina seafront, ideal for those who want to spend their holidays a stone's throw from the beach and the center of this wonderful seaside village.

For many centuries this town was an important mining center, and  ships loaded with hematite, an iron oxide dug from the opencast mines in the area, departed from its port. Hematite is the same mineral with which 2500 years ago the Etruscans nursed their flourishing steel industry in Populonia, a neighboring town on the Tuscan coast.  The mines have been closed for almost half a century and like the rest of the island, the town has embarked on the road of tourism.
The beauty of Rio Marina lies in having kept some of the original mining features that are more difficult to find in other areas of the island.

The Heart of the Town is the Port
The town fans out around the harbor that has always been the heart of every activity. Today, however, you will see only leisure craft and a ferry docking point for passengers and cars from Piombino. Miners have not been around now for many years, although there is evidence everywhere  of them, with the vestiges of an era that has now closed its cycle: from the shimmering sands with tiny crystals of hematite on the marina beach, to the old mineral loading jetty leaning into the sea, glimpsed in the background from the port, as well as in the faces and chatter of the not-so-young people sitting at the bar in front of the harbor.In recent years, the waterfront has been improved and is well cared for, and even the square on the sea with its bars and public garden is a relaxing place to stop and meet, both for locals and tourists. Amongst the Elbans, generally more hospitable than courteous, the inhabitants of Rio Marina are particularly outgoing and it is impossible, even stopping for an ice cream, not to get into friendly conversation.

Economic cooking but with Quality

The area is also known for its good quality cuisine,  based on seafood of course, with interesting local variations of dishes usually arising from the local traditions and from quality basic materials that are readily available. A classic for strong stomachs is the Riese stockfish, while a cake that is now considered a typical sweet of the Island of Elba, the schiaccia briaca, was first made right here. Nowadays it is sold as a delicious cake-biscuit, but originally it was a mixture of left over bread crumbs with raisins, pine nuts, and whatever you could find of dried fruit, all blended together with red wine.The restaurants in Rio Marina are considered among the best on the island and offer traditional dishes revised to meet contemporary tastes, and usually they succeed very well. Some of the restaurants are also located in very lovely places.

The Beaches
If you rent an apartment in Rio Marina, it may be that in addition to visiting the picturesque town, you might wonder where to go to the beach. The situation is rather complex: in the village there are two small beaches of gravel and sand, the largest of which is located just below a Renaissance tower at the end of the terrace overlooking the sea, and is not the traditional white sand beach, but the landscape and the sea bottom itself are of a high standard. Another is located along the promenade and is just a few meters of beach, pretty crowded during the summer but it can be fun to dive in the company of the many residents who also live just a few meters from the sea.
An alternative is to travel by car to the village of Cavo, along just a few minutes of scenic coastal road from which you can turn off towards he sea to some very special beaches, the most famous of which are Topinetti and Cala Seregola. We say “special” because they are mineral beaches. Topinetti is a  typical black sand (hematite) beach, which might be an original alternative to the more conventional white sand beaches of the central west; in fact, many people who rent apartments in other parts of  Elba are careful not to miss a visit to the beaches of Rio Marina. Between Rio Marina and Cavo is Cala Seregola, a large beach of fine gravel and sand open to the continent. In a dominant position on the beach, a restaurant and bar with panoramic view is run by a friendly and true Riese, who prepares simple meals at a good price. You could either stay the whole day here without getting bored, or continue to Cavo, a region of Rio Marina, where there are three more beaches, one of which is very long with light colored pebbles that begins and ends in the countryside, another is tiny but lovely called Algae Beach and another is facing north, in front of Topi Isle, and which is sheltered from the Sirocco wind, called Frugoso. The small town is well equipped with a waterfront, marina, bars, pizzerias and restaurants.
The third and last option, especially if you have decided to rent an apartment in Rio Marina but not right in the town, is to head south, taking a street called Porticciolo. It is a road that becomes a dirt road in the last stretch, and then finishes with a path accessible only on foot. This path goes along by the sea for several miles, and you will pass by apartments and villas for the summer holidays, some even charming, since this is the most scenic area of Rio Marina. Along this part of the coast, there are two small beaches and a larger one that are usually frequented by those who own a boat, because despite being reachable from the road, it is however a hike on  downhill trails which then become uphill on the way back!  It is only a matter of a few hundred meters, but they are enough to keep these beautiful beaches that are tucked into lovely cliffs uncrowded. The two small beaches are Marina di Gennaro and Luisi d'Angelo, which is little more than 50 meters of beach set into cliffs of considerable beauty. The bigger one, of about a  hundred meters, is located between an oak forest and the sea. It is enclosed by dramatic rock formations and offers the chance to snorkel along a superb seabottom, sometimes just a few meters deep.

The Mining Park
If you choose to rent an apartment for your summer holidays in Rio Marina, you should go at least once on a visit to the ancient mining sites. It is mostly excavations under the open sky that you can visit in the company of a Park guide or with the "train" that leaves from town.
All activities are managed by the Mineral Park which has headquarters at the local Museum of Minerals and Mining Arts, in the historic center of the town, in the Bureau building which was formerly the mining leadership. Here you can ask for information (tel. 0565 962088) for guided tours and for a trip on the train. For a few Euros you will see some expositions of valuable crystallizations of hematite and pyrite, along with other rare minerals, some discovered right there in the areas of Rio Marina. The Park staff is very kind, helpful and well prepared, so if you decide to do an excursion with a guide, which we strongly recommend, you will discover a world of unimaginable colors and surreal landscapes, like a movie stopped in a timeless frame. Even the possibility of the train, especially if you have small children with you,  can be very enjoyable and comfortable; and if we add that at some point the train will stop in the midst of an old mining site and you will be provided with a hammer to look for crystals, becomes an unforgettable experience, because you will always find some piece of hematite and /or pyrite, or small limonitic compounds and countless other minerals and rocks with infinite and improbable colors.

Rio Nell'Elba
If you are interested in visiting a village amongst the oldest of Elba, from your apartment in Rio Marina you will not have to go more than a few minutes' drive away in the direction of Rio Nell'Elba. In a panoramic position on the channel of Piombino, Rio nell'Elba is a tiny hamlet of extraordinary archaeological and historical interest.There is also a National Park House in Rio nell'Elba, an Information point where you can ask and get all the advice on tours and the many initiatives organized from March to October by the National Park and other groups of guides and  public and private organizations.
Be sure to visit the old public wash house at the bottom entrance to the village, opposite the place for Park information.