The ancient village of Capoliveri is a maze of tight streets and low alleys, barricaded on the top of a hill, from which you have a view on the open sea surrounding the island. We would call it nowadays a panoramic position, yet its function wasn’t aesthetic but rather defensive, since the very first, ancient human settlements before the Romans.
The Romans were indeed the ones who gave this village the name of Caput Liberi, in honour of the divinity “Libero”, otherwise named Bacchus.
It evidently means that, at those times already, the area was used to produce wine.
Still today, during the grape harvest, they celebrate in many Tuscan villages the bond of the community with its agricultural tradition. This celebration often becomes a promotional tool for attracting visitors and promoting the location and its products. 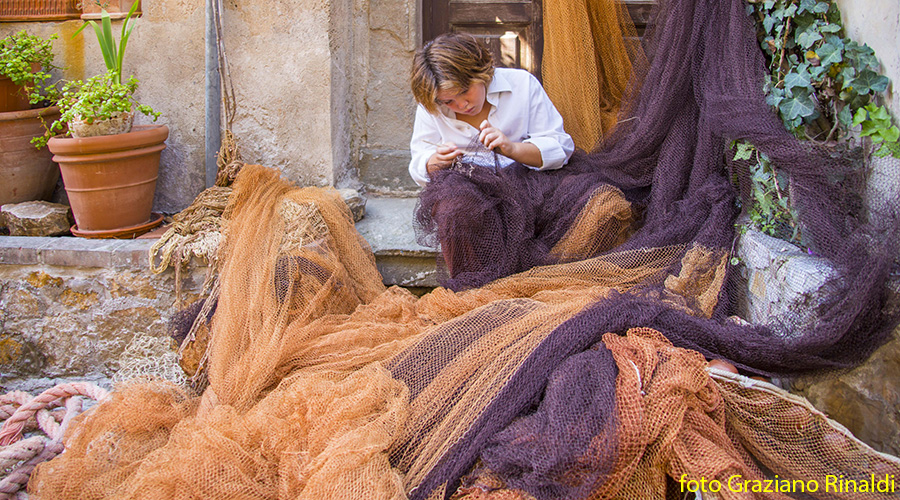 Dionysian ritual
Even if I don’t like crowded places and the festival of the wine grape in Capoliveri is very popular, I decided to take part in the XXI edition anyway, and as a spectator I have to say that, despite the „promotional purposes“ of the festival, the people of the village took so passionately part in this event, that I can’t hesitate to describe it as Dionysian ritual.
People of different status and age take part in it with a cathartic identification, compared to the homogenization of our contemporaneity: especially the lots of young people who plan the four districts, seem to find in this commemoration a reason of identity and an importance that are no longer appreciated in the present.
The impression is that the residents of the hamlet are involved in a rituality rather than in a festival.
Through their accurate and sometimes spectacular reconstruction of events of the past, both actors and planners seem to strongly want to keep afloat a myth of a community that, despite an austere and dangerous way of living, it was free. Constantly besieged by pirates both at sea and on land, by Saracens, by imperial and colonial powers that over the centuries took advantage of the yet insufficient resources of this place and its inhabitants, who usually didn’t have anything else than their arms for working the land and for digging in the mines. 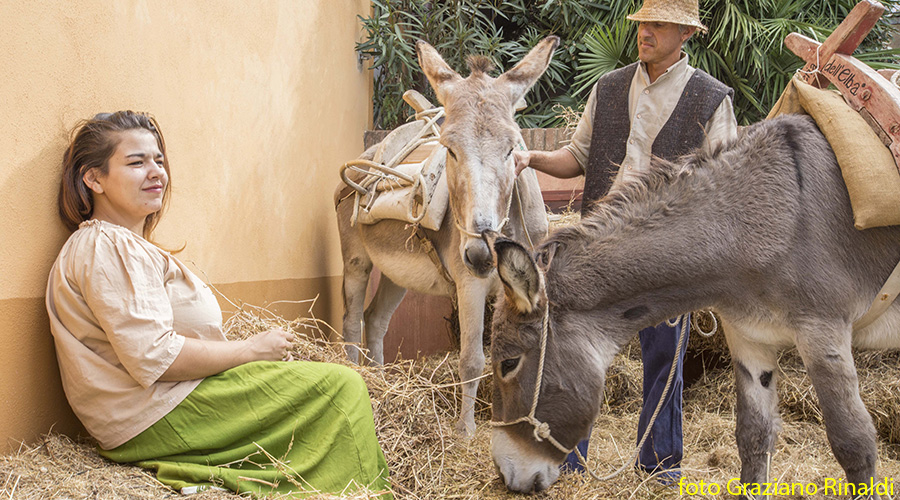 A never-ending challenge
Even if very small, the village is divided into four districts (after the Tuscan tradition of Guelfs and Ghibellines), that fight against each other, but not as it usually happens during this kind of celebrations, it means with allegorical floats, as along these streets not even a calash would pass through!
So the four districts in Capoliveri face each other by recreating, along the narrow alleys, different scenes of daily life as well as historical settlements, conformed to the peculiarity of Capoliveri.
Just a note: the four districts get the name from architectonic elements, that reveal a lot about the difficult story of defence of this little, hilly village at sea: Tower, Fortress, Bulwark, Trench.
Closed parenthesis.
Following the themes chosen by the districts this year:
• A weekday in 1959, transitional year from the traditional economy to the new age of tourism.
• 1916, October 8th, inauguration of the school building that still hosting the primary school.
• 1946, the vote to women as it was experienced in the daily life of Capoliveri.
• 1943, September 11th, the armistice in Capoliveri during the grape harvest.
Each district makes up one or more alleys with actors in costume, who perform some short sketches with passionate and spontaneous participation, or simply puts on airs some short play. 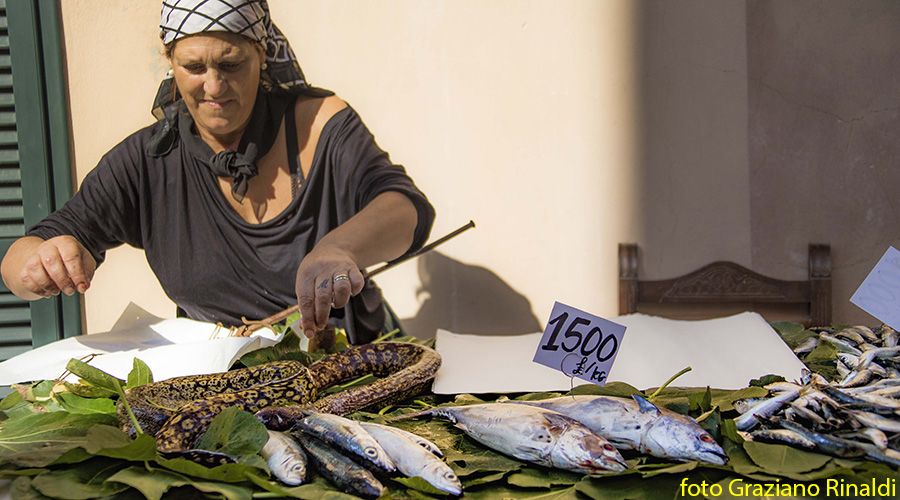 Always free but the wine cellar!
Each district is free to choose the setting and the theme to perform, but there’s one bond: it has to host a wine cellar and to simulate a grape harvest, that at the end gets hundred percent realistic.
All dresses and settings are made so accurately to the smallest detail, and this makes the difference of this celebration. The friends who went with me, told me that few years ago the jury penalized one district because they went to check the origin of the winker baskets used during one play and it turned out they were made in China…
The winning district brings home a statue of Bacchus, that every year is put back into play, just for keeping alive a tradition of thousands of years, that seems to flow in the blood of these people as the ancient, so beloved drink.
Special thanks to Maria Paola and Tiberio, who went with me, for their patience and kindness.