Cala Seregola: the Sea and the Iron

This beach wasn’t made in the same usual way as other beaches which are made from the sandy deposits brought down to the  sea by thousands of years of rainwater, the beach of  Cala Seregola comes from mining.
And it shows.

Not fine golden sand or light pebbles which  amplify the light of the Mediterranean sun, but black, heavy sand. Those who know well the dark volcanic beaches should try to weigh on the palm of one hand our sand and pebbles and feel the impressive weight difference between the lava and lapillus iron grains from Elba.But do not imagine that these beaches are monochromatic, on the contrary they show a kaleidoscope of colours and a twinkle that can not fail to strike the imagination of even the most distracted tourists.

An environment that is “History”

Surrounded by the intense green of the Mediterranean shrubs and the bright red of the ferrous earth , Cala Seregola stands out like a long historical bracket in the story of the sea. Personally I find it odd that in the summer months it is so popular as indeed it has been in recent years, in fact almost like a “normal” beach . Just look around, everything is similar except a typical beach, the crumbling ruins of old mining buildings are still clinging to the cliff, strangely not yet metamorphosed into holiday apartments. They dominate the beach like those old decadent aristocrats who guard their rickety and unsaleable property. The massive buildings of the mining industry, spread over the coastline pushing a few tens of meters out to sea with a concrete pier, crossed by a large iron pipe. 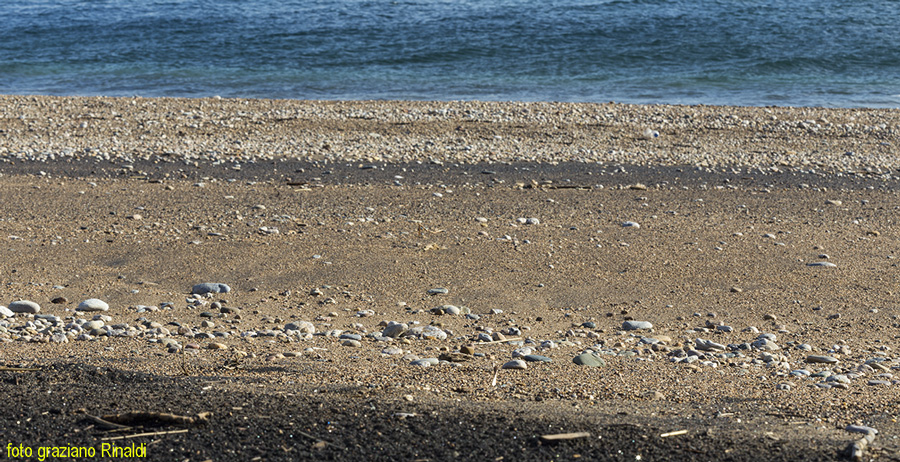 Mysterious reminiscences between Myth and History

During the winter the energy of the sea throws ashore massive tree trunks that go aground between the large rocks, near the ruins. These wrecks, bleached by salt and intensely pounded by the waves, are enormous limbs of primordial marine life, they mingle with rocks and the old buildings in an indistinct unique organic and inorganic mass that seems to belong to an another ancient and incomprehensible era. One is reminded of the saga by J.R.R. Tolkien, in that the “Fellowship of the Ring” it begins in the abandoned mines of Moria, which was the kingdom of the Dwarves, a hardworking race, but they had “dug too deep and too eagerly,” calling back to life, from the bowels of the earth where they were prisoners, demons of the past.That is to say, that to me Cala Seregola gives more sense of the myth, than of a e holiday. I imagine the metal seekers landing in this zone from the Near East and all the work that these shores must have seen.. I can not say that Cala Seregola is a beach like the others. Before being a part of nature it is a part of ancient history, and perhaps also myth, so if you think diving into this sea is like diving from any another beach, you have missed much of the charm of the place. 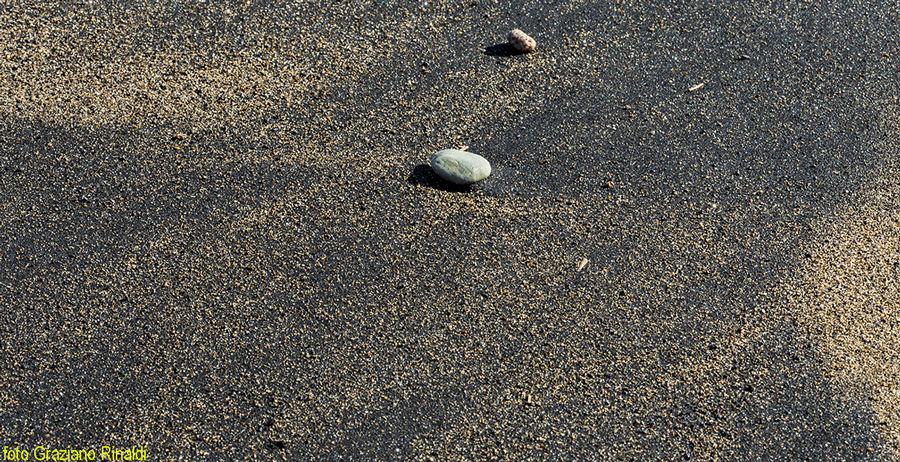 Always connected with the continent

The high road that connects Rio Marina to Cavo, Cala Seregola seems to be one with the channel of Piombino and the islet of Cerboli, but what sets it apart is the northern cape, made of a peculiar rocky mound excavated by part of the mainland, so as to make it appear more like a stone tower that the end of a promontory. Moreover everything here is “dug”, every detail refer to the mines, the iron and the years of work to extract the heavy mineral veins of the earth. Just above the beach, in the red cliffs that rise near the road, is one of the last mining sites closed no more than 40 years ago. 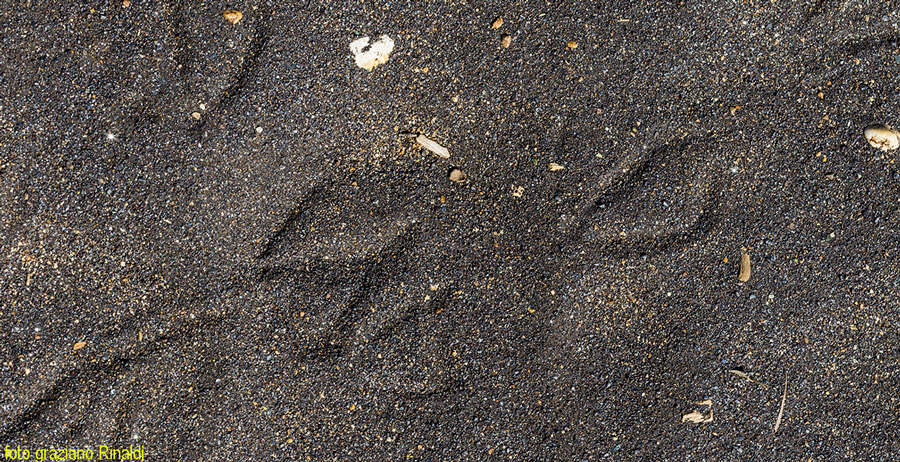 If you happen to go there in the summer, right on the beach in a beautiful panoramic position, there is a bar-restaurant with a stunning view of the sea, and as it is the only commercial structure that you will find, you will get the impression of being  travellers rather than tourists, as the atmosphere that you breathe in is so special..

Last tip: be sure to visit the Ghiaieto that extends several hundred meters over the hill-stone tower, you will find interesting and beautiful rocks, in a majestic geological chaos surrounded by a natural wild and unique environment.