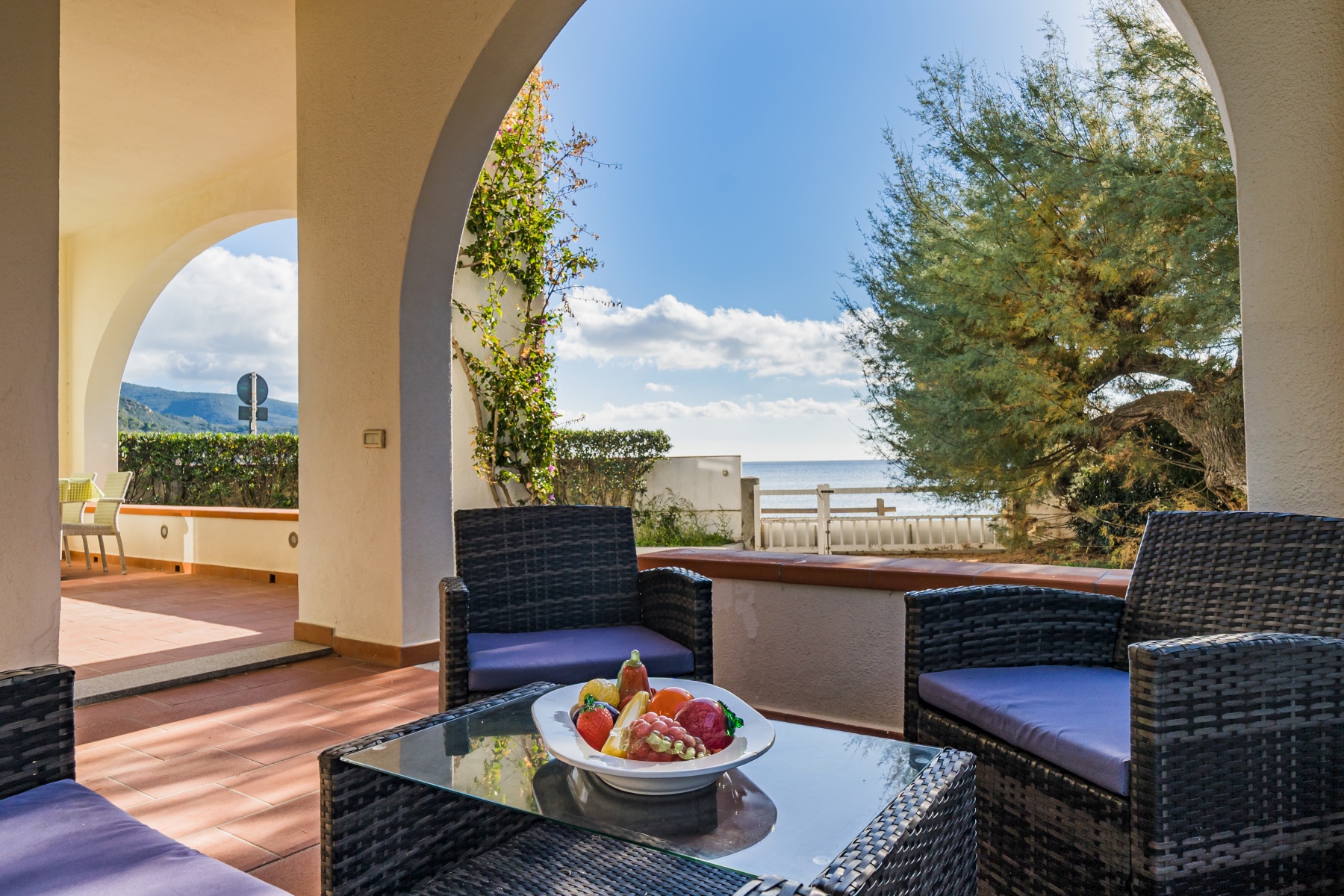 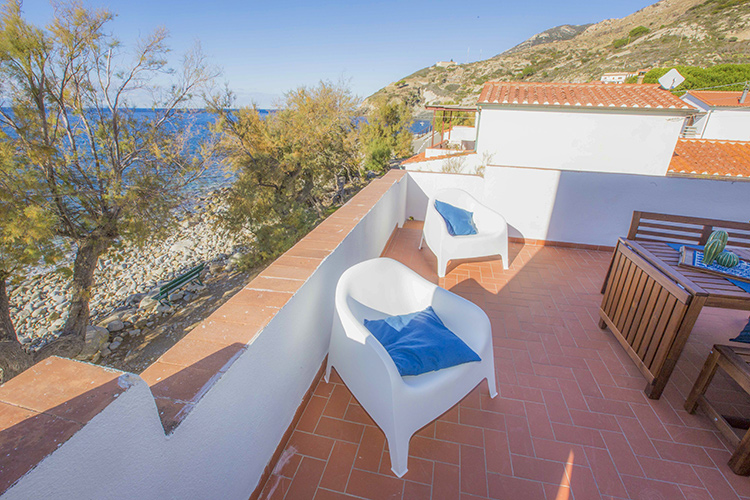 Marina di Campo
5 Bedrooms - 2 Bathrooms - 12 People
Directly on the sea, in an enchanted place close to the most beautiful sandy beaches of the island in front of sunsets. 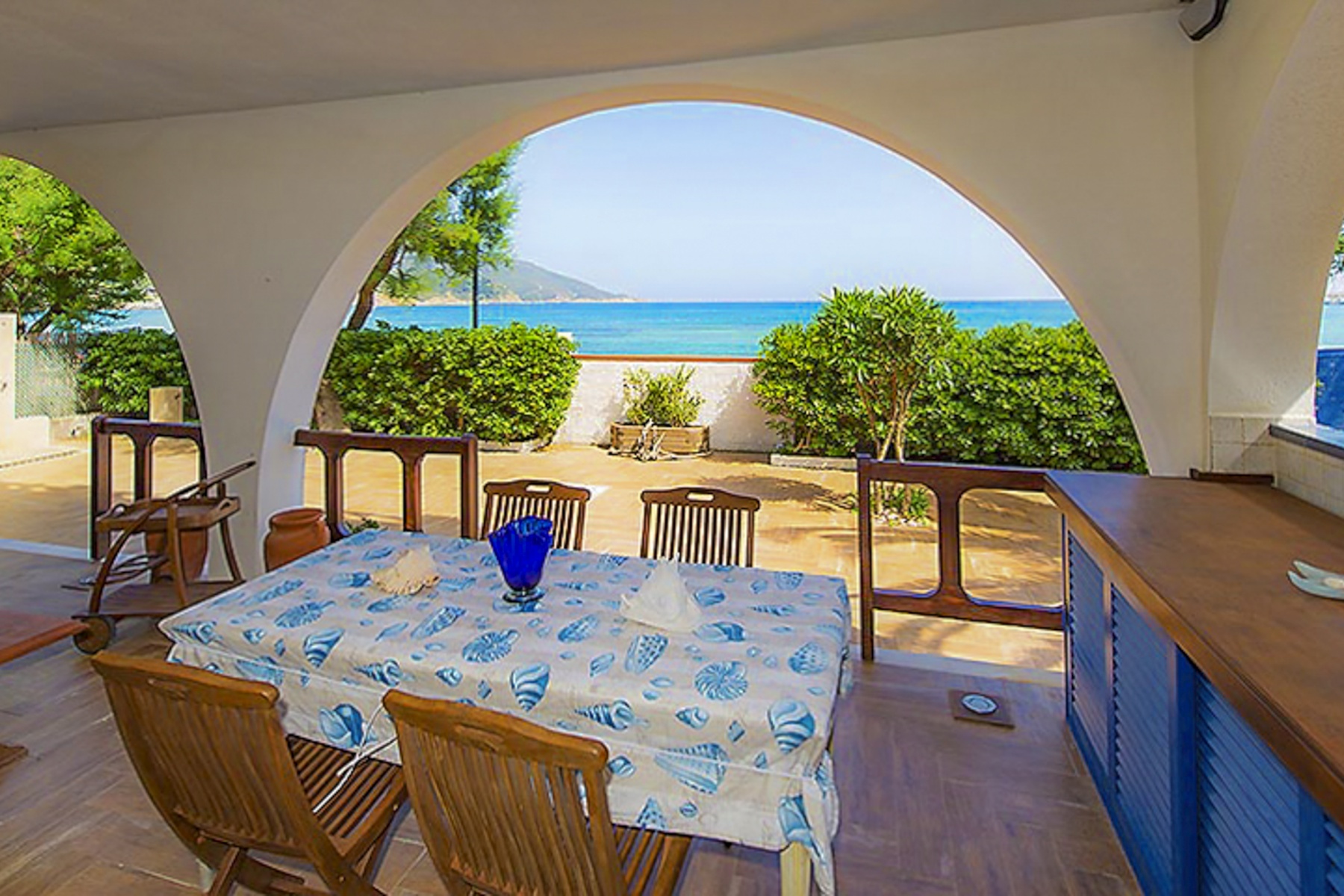 Marina di Campo
At just one step to the white beach of Marina di Campo and to the village centre, this wide apartment offers all comforts for enjoying your vacation at sea in freedom. With garden shower and direct access to the beach. 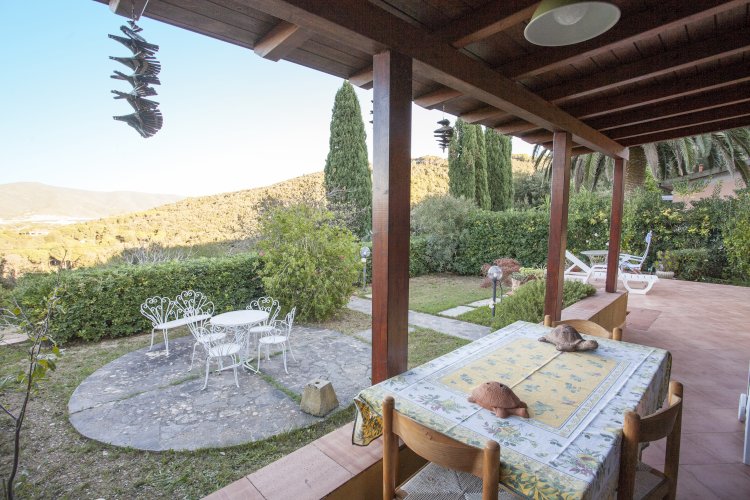 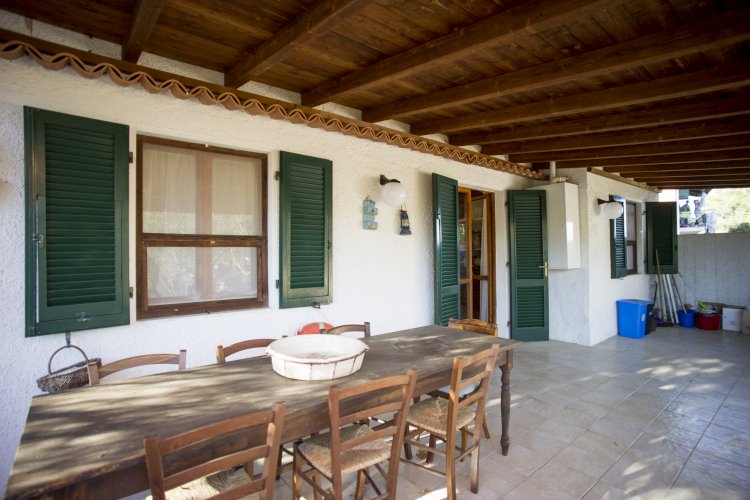 Marina di Campo Villas
Marina di Campo is part of the municipality of Campo nell’Elba, counting 4,450 inhabitants and a territory of 55 square km, that includes two small and charming hill villages which are much more ancient than the modern coastline: San Piero and Sant’Ilario. Until 1894, Marina di Campo was a district of the municipality of Marciana, ancient town located on the north-west slope of Mount Capanne, consisting of fishermen who were living gathered around a small military fortress near the ancient tower, which is still visible today in its dominant position facing the port. There were no luxurious villas or residences back then. The fact that it was called “Campo” (field) reveals the rare flat nature of the site that in was mainly agricultural in the past and recently, it allowed the construction of the only airport in the Tuscan archipelago. Only the vast Mola plain, between Capoliveri and Porto Azzurro, contends the primacy with Campo: just look at a map of the island to realize the rarity of flat lands, and how many issues this landscape created in the past with regards to agriculture. The pre-eminence of the coastline over the hill villages is very recent, result of the beginning of tourism on the island of Elba, therefore only sixty years ago. In the past, San Piero was the ‘’chief town’’ of the area and the beach had been appreciated for centuries by the population, due to the presence of marshy areas and pirate raids, scourge of the small and poor communities along the Mediterranean coasts, until early 1800. Thanks to its dominant position and surrounding stretch of water, in the 16th century, along Italian coasts, the Spanish built towers to host small garrisons, a coastal defensive system known as "the State of the Garrisons’’, one of which is the tall tower of the port of Marina di Campo. Despite someone still calls it ‘’Pisan tower’’, it is in reality of later construction and has nothing to do with the ancient Maritime republic, just look at the circular plan that lays on a large base, as it was custom in mid 16th century. A much older tower is also found in Campo nell’Elba, of Pisan style: it is the tower of San Giovanni located along the road that brings from the La Pila district to the top of Mount Perone. But it is definitely the Spanish tower located in the port area to represent the first inhabited centre of Campo's coastline, in fact the original part of the town is still located nowadays at the feet of the tower and faces the port which must have acted like a small natural shelter until the existing cement dock was built.